In 2005 I bought from a flea market in Vallila, Helsinki, the written chattels of an
unknown woman. As I studied the material over the years her life and persona began
to open to me. I made a portrait of her to my series ‘Alienation Stories 2009’. This
reconstructed portrait had lots of inherent deficiencies and I never finished it.
However, it was a catalyst for a much more detailed project, ‘Atlas of Emotions’. 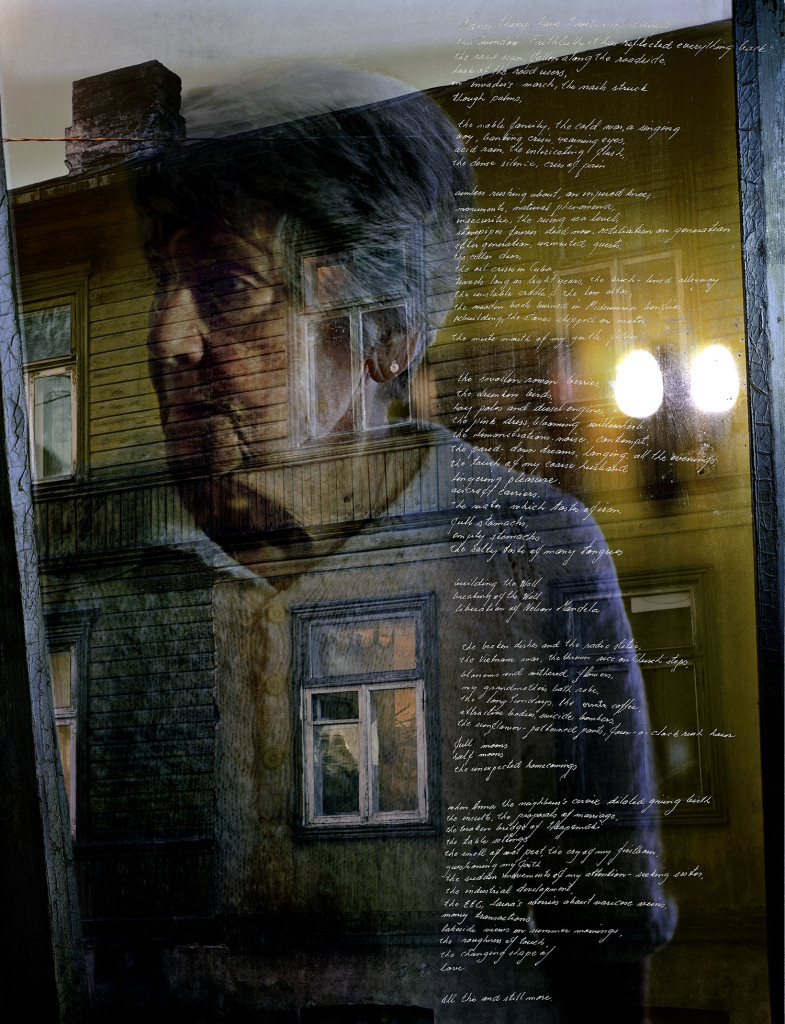 Many things have I witnessed through

this window. Faithfully it has reflected everything back:

looks of the road users,

an invader’s march, the nails struck

the noble family, the cold war, a singing

the dense silence, cries of pain,

aimless rushing about, an injured knee,

the missile crisis in Cuba,

the unstable cradle, the low altar.

rebuilding, the stones skipped on water,

the mute mouth of my gentle father

the pared- down dreams, longing, all the evenings

the touch of my coarse husband

the water which  tastes of iron

the salty taste of many tongues

breaking of the Wall

the broken dishes and the radio static

the Vietnam war, the thrown rice on Church steps,

the long Sundays, the ersatz coffee

the insults, the proposals of marriage

the broken bridge of Haapamäki

the smell of wet peat, the cry of my firstborn

the sudden movements of my attention- seeking sister

the roughness of touch

the changing shape of

All this and still more.